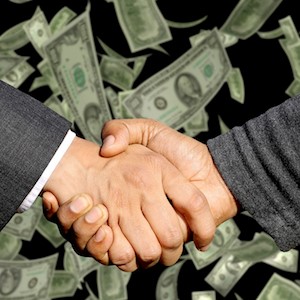 Caesars Entertainment Corporation and Eldorado Resorts have been in talks to merge their operations for some time. A cash-and-stock deal might be announced within a week, providing the discussions do not break down. A recent offer by Eldorado was rejected, after Caesars' largest shareholder Carl Icahn deemed it “underwhelming”. After it was turned down, negotiations resumed and the details on a new bid are believed to be being ironed out.

Following the possible sale of key properties along the Las Vegas Strip, it seems clear that Caesars Entertainment Corporation is looking to streamline operations. They have also sold their South African facility and appear to have lost interest in bidding to operate Greece's Hellinikon Casino.

Chief Executive Officer Tony Radio has said that his employer wants to focus on “other strategic markets”. Creating a situation where players can easily visit several properties, and use the Rewards Programme at all of them, seems to be a top priority.

Icahn, who currently holds a 28.5% stake in the business, has been pushing for some time for Caesars to sell itself or merge with other entities. The New York investor has previously commented that a combination is the corporation's “best path forward”.

Tilman Fertitta, Texas businessman and owner of the Golden Nugget casino chain, has made his own merger bids while Treasure Island owner Phil Ruffin has expressed his own interest in buying some of Caesar's Las Vegas Strip properties.

If an agreement with Eldorado and Caesars is finalised, insiders say Eldorado's management is likely to lead. Current Chief Executive Officer Tom Reeg has successfully negotiated some tricky agreements since his appointment in 2018. Icahn is also said to highly respect him, making it likely that the investor would approve this arrangement.

In line with their current expansion and diversification plans, Caesars also recently entered into discussions with William Hill. The £6 billion merger deal ultimately fell apart when a final price could not be settled on, but Caesars' combining with Eldorado would bring them together in a roundabout way.

Eldorado signed a deal with William Hill's US division in September 2018, giving them 25 years of exclusively providing retail betting, digital betting and online gambling services for the British=based company. If Caesars and Eldorado merge, William Hill's United States presence would be further bolstered. As more state venture into the lucrative sports betting arena, this should benefit all 3 companies.