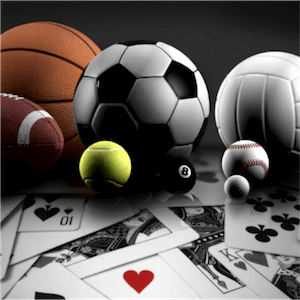 As America’s sports betting legislation has steamed ahead over the past few months, Canadian regulators and punters alike have voiced concern that their own local laws have remained woefully out dated for decades. Now, with the US sports wagering industry threatening to overshadow that of Canada entirely, even major governmental personalities are voicing their support for the creation of updated, modern legislation.

One of these personalities is none other than Ontario Finance Minister Vic Fedeli, who has spotted the boundless potential monetary benefits of regulating betting on home soil. After assessing the situation from a national financial perspective, Fedeli has now officially called for an amendment that would legalize single event sports betting across Canada once and for all.

It has been reported that Fedeli recently contacted federal Canadian Finance Minister Bill Morneau to discuss the matter further. In their correspondence, the former requested an amendment to the Criminal Code of Canada that would bring the nation’s wagering industry in line with the more progressive stances of countries like the US and the UK.

Canada Lags Behind the US

Currently, it is illegal to bet on any single sports events in Canada, which has prompted a slew of locals travelling across the border to spend their dollars at American sportsbooks instead. Amending the offending laws would allow that money to remain within Canadian borders, and the creation of new jobs would also be a notable benefit of doing so.

The Trudeau Liberal administration could legalize betting on single sports events this coming spring, just ahead of the Canadian Federal Election this October. In the meantime, however, Canadians who are interested in placing single sports wagers have been left with few safe alternatives.

Fedeli also took to Twitter to publicly note that it is time to legalize single events sports wagering in Canada, and that he and his office are committed to working with the federal government to achieve exactly that. He noted that even major leagues that were once opposed to the practice – like the NHL and the MLS – are now wholly supportive of updated legislation, showing just how imperative it has become to the sports industry.

Ontario’s Premier Doug Ford has also tweeted his support for the amendment, saying that the NHL, NBA, CFL and MLS all agree with this stance. He has called for the responsible regulation of single game wagering to give punters a legal and safe alternative to illicit or offshore sportsbook offerings.