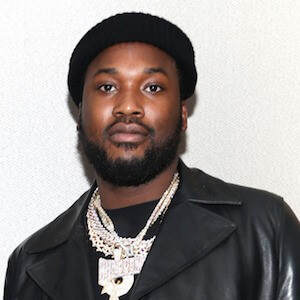 For the past week, the Cosmopolitan Hotel and Casino in Las Vegas and prominent rapper Meek Mill have been involved in a social media rift, stemming from an incident where Mill was denied entry into a concert on the property, sparking allegations of racism. Now the hotel has issued an apology to the rapper saying that the Cosmopolitan has zero tolerance for racial discrimination.

Last week, Mill, whose real name is Robert Rihmeek Williams, turned up at the Cosmopolitan to attend a DJ Mustard concert. Before he could get out of his vehicle, hotel security told Mill that he was not allowed onto the premises, based on information they had at the time. The security detail informed Mill that they had the right to refuse service to any clientele.

The incident was captured on video via a mobile phone and posted on social media. In the video Mills pressed the security staff for a reason as to why he was not allowed entry. With a reason not forthcoming, Mills took to social media, accusing the casino of racism. The casino initially responded by saying that the incident was a matter of security and not racism. They later confirmed that the musician was not allowed entry because of previous incidents and the fact that the Marquee Dayclub was at capacity. However, in the video there was no mention of this.

Since the incident, Mill has posted his thoughts on social media saying that he had only been to the Cosmopolitan once before to attend a Jay-Z event. He accused the hotel of denying black musicians’ entry to the premises, prompting storm of responses and retweets. Mills even took to legal action, with his lawyer Joe Tacopina firing off a letter to the Cosmopolitan informing them that any form of racial discrimination is a violation of state and federal law.

Too Little, Too Late

Finally, on Friday morning, the Cosmopolitan issued a formal apology to Mill on Twitter. The gaming venue posted a Tweet saying that they did not act in a respectful manner toward Mill, and they were wrong to do so. They added that Mill did not have any prior incidents on the property as was previously suggested.

By Tuesday morning the Cosmopolitan Tweet has received more than 142 replies and was retweeted over 180 times. It also received 365 likes. The bulk of the replies were directed towards the gaming operator saying that their apology was too late, and the incident should never have occurred. Mill has yet to respond.