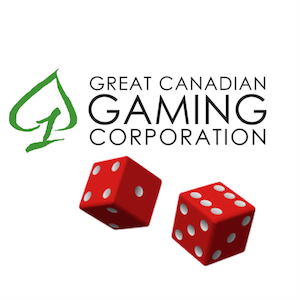 The Great Canadian Gaming Corporation (GCGC) is one of Canada’s largest and most successful casino operators. In confirming this reputation, it has now been revealed that the operator will continue to manage the slots venue at the Ajax Downs racetrack for the foreseeable future.

The agreement between Great Canadian and the Ontario Lottery and Gaming Corporation (OLG) means that the gambling venue will not be closing its doors permanently any time soon. Ontario’s recent spate of modernization projects has come as an opportunity to refresh and revive the field that was previously overseen entirely by the OLG; now, GCGC will play a role as well.

The operator has received the green light to go ahead with its operation of the Greater Toronto Area gaming bundle of gambling locations, including Great Blue Heron Casino, Casino Woodbine, and Casino Ajax. The granting of the licensing rights to Great Canadian means that all of these venues have agreed to welcome the new management regime.

In past discussions, it was confirmed that Casino Ajax would eventually need to close for good due to a planned relocation to a brand new casino that was scheduled to be built in Pickering. This revelation caused quite a bit of contention between the two host communities, since the construction of a gaming venue tends to be associated with increased tourist traffic and regular revenue allocations to the host community of a licensed Canadian casino.

Casino Conflict Comes to an End

The slots parlor in Ajax Downs first opened its doors in 2006, and since then, it has paid its host city more than CA$80 million in non-tax gaming revenues. Such a notable income boost is something that all municipalities are in need of, and this is what ultimately led to the aforementioned conflict. Durham Live was announced at around this time last year with Pickering being its chosen location, and in the interim, Ajax officials pledged to keep Casino Ajax running to restore peace for the time being.

Officials also pointed out that casino allocations were not the sole reason for the opposition in question, since the new resort would bring significant changes to its chosen host area. Traffic was predicted to increase dramatically as the new complex began operation, and roadworks would interrupt residents’ daily activities prior to its launch. The legal battle surrounding the plans continued to rage on until September 2018, when Casino Ajax was granted approval for its expansion.

Now, Casino Ajax will continue to operate, offering 500 slot machines instead of 800; meanwhile, Durham Live will boast over 2,700 slots and 1,000 gaming tables. The new bundle lease deal between GCGC and the OLG will guarantee the former venue’s future, now that the OLG is guaranteed to continue to receive revenues from the establishment’s operations.