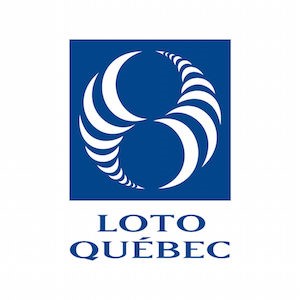 Canadian state-owned Lottery games provider Loto-Quebec has released its latest financials and the figure shows a definite when compared to those reported for previous years. The 3.1% year-on-year increase is a clear indication that the operator has done its part in terms of better games offerings, both in terms of Lottery games as well as its iGaming offerings. According to Loto-Quebec President Lynne Roiter the corporation’s income target for the period 2018/2019 remains on track, despite the fact that the operator has started to do away with VLTs (Video Lottery Terminals).

VLTs have, especially over the course of the past year, managed to attract a lot of negative publicity as a result of how the games terminals work. Canada’s courts have witnessed many class action lawsuit applications being filed by players accusing VLT-operators of predatory behaviour. VLTs are, according to many people, designed in such a way that the machines cause problem gambling behaviour.

Roiters has put much of the increased revenue down to an increase in the variety of Lottery games products offered by the operator. Giant-sized cash payouts and exciting new products such as Lotto MAX have been responsible for much of the operator’s success. Instant Lottery games too, are enjoying spiked popularity ratings.

But the road to success has not been without challenges and bends. Players are constantly looking for better games, more exciting games, and Lottery games that pay more and also more often. This has prompted the operator to constantly apply its money resources towards developing and launching new and improved Lottery products.

Another income-driver, said Roiter, is the presence of the operator’s gaming machines present in bars and pubs, and alongside Bingo and Kinzo halls. Despite the fact that the income derived from the gaming machines are down 2% when compared to 2017/2018, and what with the Lottery’s machines having been reduced to below 9,900, the retail machines continue to fill in many blanks on the corporation’s income spreadsheets.

The Lottery games division of Loto-Quebec performed second best of all of the operator’s games divisions. Roiter described the 7.8% divisional income spike as having been the result of a “remarkable” year.