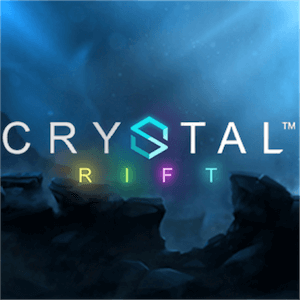 Everyone loves a good treasure hunt, and in many ways, that’s what playing slots is all about. Just ask the masterminds at Microgaming. The company has just announced the launch of a brand new game, Crystal Rift™. The 5 reel, 25-payline online slot was developed exclusively for the software specialists by Rabcat, the same team of developers that created Castle Builder II™.

Crystal Rift™ is a special kind of treasure hunt. The slot features high-end visuals and the game’s mechanics engages player-involvement and extended playing sessions. The game makes for a million thrills a minute thanks to its special cascading reels, Bonus Falls and Wild Grids. It’s obvious right from the start that this was an idea that was commissioned by the company that has been around right from the start. It’s hard to even imaging the world of the online casino without mentioning Microgaming’s name.

The developer is synonymous with creating world-class online gaming entertainment.

It's All About Seamless Playing

The slot has just gone live with all participating operators and is available for desktop as well as mobile systems. It’s obvious that a great deal of consideration has gone into the basic design of the game, as the game-play is smooth and feels intuitive.

The player is presented with a modern-day treasure hunt meets luxury strike-it-lucky geology trip. Wins are guaranteed by precious crystals being unearthed from the a cavern and players all the while treated to some of the most luxurious visuals ever presented on an online platform.

This is obviously not just another slot.

Gerhard Seiler, Chief Executive Officer of independent developer Rabcat, spoke excitedly about the pride associated with being in the fortunate position of putting together the pieces of a content puzzle for a company the likes of Microgaming. Seiler said that the commission was that the game was to provide a unique player experience. He also said that he believed that had stepped up to the plate and had outperformed even their own wildest expectations.

So right now, all that remains is for us to do is to head on over to a participating online casino and enter the exclusive world of Crystal Rift™.