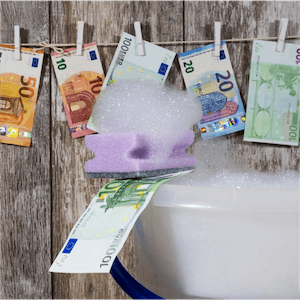 British Columbia Attorney General David Eby has expressed his disappointment in the criminal justice system after the complete collapse of the Silver International money-laundering investigation and prosecution. Silver International was allegedly a scam-front for an underground bank involved in the laundering of money that had been re-routed into the bank’s vaults from high-rolling Chinese gamblers. The funds received were in actual fact the proceeds of the sales of drugs. High-profile criminals from China were suspected of having been involved and responsible for the operation.

According to a statement made by Financial Action Task Force (FATF), the operation had laundered up to $1 billion in ill-begotten funds, annually. Many were shocked when the investigations into the wheelings and dealings of Silver International and two of its operators, Caixuan Qin and husband Jian Jhun Zhu, were called to a complete halt in November of last year.

It has since been revealed that during the legal disclosure of evidence, a standard practice followed during the course of a criminal investigation process, the identity of the key informant to the police was accidentally made available to Silver International’s defence team.

A spokesperson for the prosecution has confirmed that this was the main reason that the investigation had been stayed, as the informant’s life would have been in serious danger had the proceedings continued with the identity of the informant now known.

According to a report that was published in 2018, the levels of money-laundering that had taken place at Silver International had been so rife, that police had taken to referring to similar operations elsewhere, as “the Vancouver Model”. Silver International had in effect become the poster child of organised financial crimes and money-laundering activities.

In October of 2015, police had raided the home of Qin as well as the offices of Silver International, and had at the time managed to seize in excess of $2 million in cash. River Rock casino chips, cocaine, credit card skimmers, weapons and counterfeit identity documents had also formed part of the attached loot.

Eby has repeatedly expressed his disappointment at the failed process. He has said that despite the fact that he did not blame the federal prosecution system or the police for what had happened, it was still important to know exactly what had gone wrong.