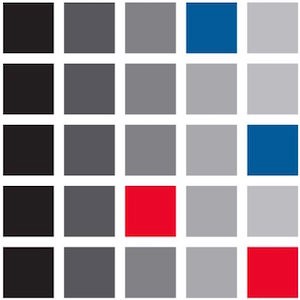 Scientific Games has credited its lottery and social operations as being the key drivers of its year-on-year revenue growth during the first quarter of 2019. The supplier was also able to significantly reduce its net losses for the period, leaving an even larger chunk of its quarterly earnings as profit.

The firm’s lottery revenues in Q1 also grew by 12% year on year to $227m, primarily due to continuous hardware equipment sales and new lotto contracts inked in the US states of Kansas and Maryland.

Social Revenues on the Rise

SG’s social gaming revenues also took a surprisingly positive turn during the first quarter of the year. They rose by 22% to reach $118m in the period in question, largely because of the increased monetisation of playing players. In the meantime, SG has also launched an initial public offering for its SciPlay social gaming division, which the firm says will help to pay off the subsidiary’s debts and further its growth goals.

Digital gaming revenues for Q1 remained steady, coming to $70m. However, the gaming segment (Scientific’s main source of income) saw its revenues fall by 5% year on year to reach $422m in total. At the same time, SG was able to slash its operating expenses from $763m in Q1 2018 to $714m in Q1 of this year, saving money across almost all of its major business divisions.

Cost of services for the company increased from $122m to $133m, and the cost of instant products dropped from $70m to $67m. Development costs also dropped, reaching $49m from a previous high of $54m. The developer also reported a decline in its depreciation, amortisation and impairments, which dropped from $188m to $165m.

The only areas in which SG spent more this quarter were product sales, where costs rose from $105m to $107m, and selling, general and administrative expenses, which rose to $186m from $172m. Higher revenues and lowered costs have allowed the company to achieve an improved operating income of $123m (up from $49m last year) while cutting its net losses from $202m to just $24m.

The revenue growth has also meant that the company has achieved higher adjusted earnings before interest, tax, depreciation and amortisation (EBIDTA), which rose from $320m to $328m. Scientific CEO Barry Cottle says that he is extremely proud of his company’s Q1 performance, and expects operations to continue to build on this positive momentum in the future.